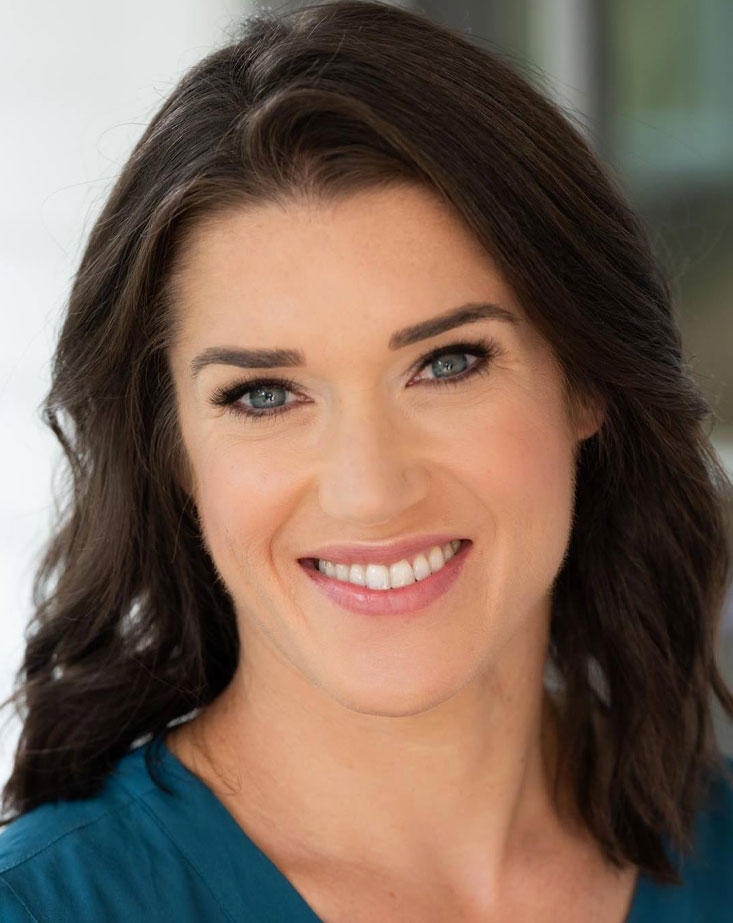 Rebecca Alexander is an author, psychotherapist, group fitness instructor, advocate, and extreme athlete who is almost completely blind and deaf. Born and raised in the San Francisco Bay Area, she currently lives in New York City.

Born with a rare genetic disorder called Usher syndrome type III, Rebecca has been simultaneously losing both her sight and hearing since she was a teenager. She was told that by age 30, she’d be completely blind. Then, at 19, one year after a fall from a second-story window left her athletic body completely shattered, she discovered she would lose her hearing as well. Despite these difficulties, Rebecca refused to lose her drive and zest for life and rose above and beyond every challenge she faced.

Now, at 42, with only a sliver of sight and total deafness, without the use of her cochlear implants, Rebecca has a thriving psychotherapy practice with two masters’ degrees from Columbia University. In addition to narrating the PBS American Master’s biopic documentary “Becoming Helen Keller” (Oct 2021), Rebecca has been featured on many TV shows and in numerous publications, has been honored with prestigious awards for her advocacy work, presented for TEDx, and has been the keynote speaker for many esteemed companies and organizations.

Among her many extraordinary feats, Rebecca participated in the 600-mile AIDS Lifecycle ride, summited Mt. Kilimanjaro, swam from Alcatraz to shore in the San Francisco Bay, and competed in the Civilian Military Combine (CMC) races.

Rebecca’s critically acclaimed award-winning memoir, “Not Fade Away: A Memoir of Senses Lost and Found” is currently in development to be made into a major motion picture by Netflix Studios.

Rebecca is known for her sense of humor, her humility and candor. As a psychotherapist, she is trained to be a compassionate and attentive listener. Consistently upbeat, Rebecca gives encouragement and inspiration to others who are facing their own challenges.